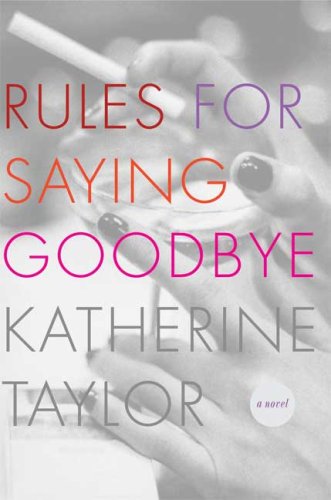 Katherine Taylor's debut features a narrator named Katherine Taylor, whose rebellious mother sends her from Fresno to Manhattan's fictional Claver prep at age 13. The madcap, fast-forward shenanigans that follow read like Auntie Mame à la A.M. Homes. Rich Claver friend Page gets pregnant and develops a coke habit. Katherine gets a Columbia M.F.A. but lacks drive, tending bar at an exclusive hotspot while trying not to deal with her abrasive mom. Katherine's brother, Ethan, a gay actor, rooms with her in her cheap uptown digs until he becomes "the face of Diet Coke." There's ambivalent romance that involves a move to London. Claver friend Clarissa gets cancer as she turns 30. When a nutty neighbor threatens to kill Katherine, police advise vacating, but "giving up a rent-controlled apartment to save your life is as ridiculous as living in Queens." While a lot of what Katherine does is familiar, Taylor is a superb satirist, eviscerating everyone in her Katherine's path. In the middle of the novel she drops a list of "rules for saying goodbye"; it's extraneous, even precious, and it's the best thing in the book: e.g., "Once you are gone, be gone for good." Taylor manages to make worn New York yarns feel fresh again.