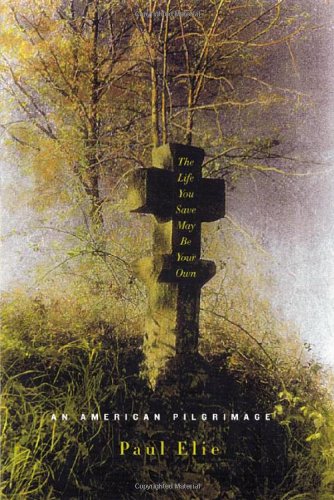 THE LIFE YOU SAVE MAY BE YOUR OWN: An American Pilgrimage

Four 20th-century writers whose work was steeped in their shared Catholic faith come together in this masterful interplay of biography and literary criticism. Elie, an editor at Farrar, Straus & Giroux, where three of the four writers published their work, lays open the lives and writings of the monk Thomas Merton, Catholic Worker founder Dorothy Day, and novelists Flannery O'Connor and Walker Percy. Drawing comparisons between their backgrounds, temperaments, circumstances and words, he reveals "four like-minded writers" whose work took the shape of a movement. Though they produced no manifesto, Elie writes, they were unified as pilgrims moving toward the same destination while taking different paths. As they sought truth through their writing, he observes, they provided "patterns of experience" that future pilgrims could read into their lives. This volume (the title is taken from a short story of the same name by O'Connor) is an ambitious undertaking and one that could easily have become ponderous, but Elie's presentation of the material is engaging and thoughtful, inspiring reflection and further study. Beginning with four separate figures joined only by their Catholicism and their work as writers, he deftly connects them, using their correspondence, travels, places of residence, their religious experiences and their responses to the tumultuous events of their times. This thoroughly researched and well-sourced work deserves attention from students of history, literature and religion, but it will be of special significance to Catholic readers interested in the expression of faith in the modern world.