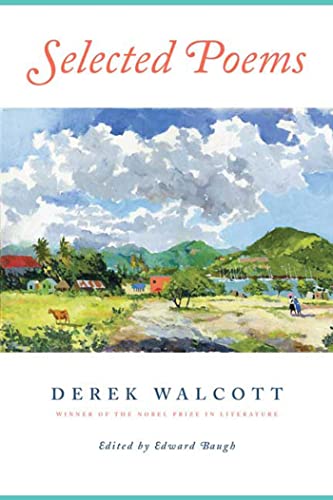 This career-spannning retrospective, culled from nearly 50 years of work, will go a long way toward reminding readers of the breadth and depth of Nobel laureate Walcott's achievement. Though he is perhaps best known for his modern epic, , which tells a Homeric tale set in St. Lucia, Walcott is a fine lyric poet as well, writing in traditional forms and meters as well as in powerful free verse. Alongside the epic tone that he brought into modern verse—"I sing of Achille, Afolabe's son,/ who never ascended in an elevator"—is lustful writing about a woman humming Bob Marley on a bus, a casual description of being mugged in Greenwich Village or a painter's-eye view of a fish. The political Walcott is also here; observing a crowd listening to a politician, he writes, "Who will name this silence/ respect? Those forced, hoarse hosannas/ awe?" The lyric Walcott is well represented, but the long poems—which are necessarily excerpted—prove more problematic. At best, the editor can hope that readers, hooked by one of these narrative poems, will be compelled to seek out the complete version. Nonetheless, this book represents a milestone in the career of a major writer.