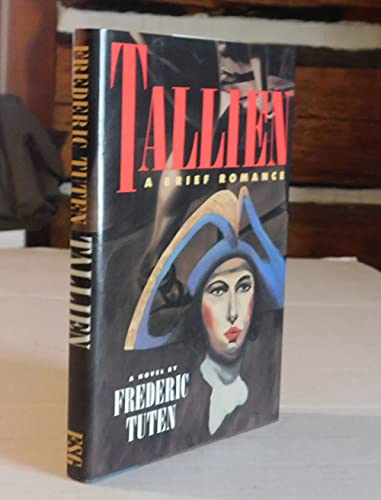 The narrator begins this slim, taut and poignant narrative with a description of his father, ""the John Wayne of socialism,'' a Southern Baptist who organized restaurant workers in New York during the Depression. After a 30-year separation, the son visits the father's deathbed and, mindful of the man's early ideals, segues into his cautionary tale of the rise and fall of Jean Lambert Tallien, leader of the French Revolution. In brisk vernacular, Tuten tells of Tallien's intense commitment as a young man to the Revolutionary Commune, his election to the Committee of General Security, and then his fateful encounter with the beautiful Therese de Fontenay, widow of a recently beheaded nobleman. Subtly, love mitigates Talleine's zeal; soon he is arranging escapes for Therese's friends, jeopardizing his standing with the Committee until, in a gesture both historic and purely personal, he turns the delegates against Robespierre. For a while, Tallien and Therese are leading social and political figures, but passions and ideals shift. Therese has not shed her aristocratic ways and urges Tallien to join Napoleon's campaign in Egypt.Years later, divorced, impoverished and forgotten, Tallien dreams of reconciliation, not with the egalitarian ideals of his youth, but with Therese. By moving from the contemporary to the historical, Tuten (The Adventures of Mao on the Long March) makes implicit, ironic references to the passions of both heart and mind. His supple, witty prose engages the reader in a thought-provoking work. (May)
close
Details