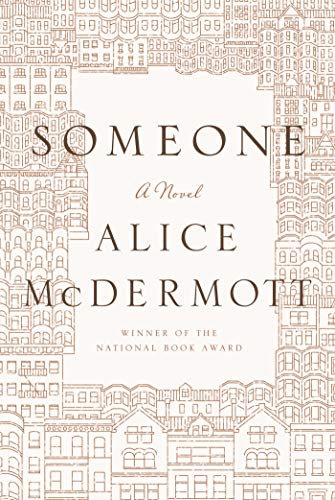 In this deceptively simple tour de force, McDermott (Charming Billy, winner of the National Book Award) lays bare the keenly observed life of Marie Commeford, an ordinary woman whose compromised eyesight makes her both figuratively and literally unable to see the world for what it is. When we meet her on the steps of her Brooklyn townhouse, she’s a bespectacled seven-year-old waiting for her father; McDermott then leaps ahead, when Marie, pregnant with her first child, recalls collapsing at a deli counter and the narrative plunges us into a world where death is literally just around the corner, upending the safety and comfort of her neighborhood; “In a few months’ time, I would be at death’s door, last rites and all,” she relates. We follow Marie through the milestones of her life, shadowed by her elder brother, Gabe, who mysteriously leaves the priesthood for which everyone thought he was destined. The story of Marie’s life unfolds in a nonlinear fashion: McDermott describes the loss of Marie’s father, her first experience with intimacy, her first job (in a funeral parlor of all places), her marriage, the birth of a child. We come to feel for this unremarkable woman, whose vulnerability makes her all the more winning—and makes her worthy of our attention. And that’s why McDermott, a three-time Pulitzer nominee, is such an exceptional writer: in her hands, an uncomplicated life becomes singularly fascinating, revealing the heart of a woman whose defeats make us ache and whose triumphs we cheer. Marie’s vision (and ours) eventually clears, and she comes to understand that what she so often failed to see lay right in front of her eyes. Agent: Sarah Burnes, Gernert Company. (Sept.)
close
Details