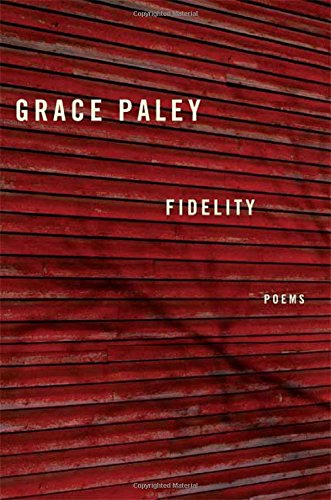 When she died this summer at age 84, Paley was widely and rightly remembered as a master of the American short story, an engagé raconteur who mixed earthly humor, Jewish-American heritage, outspoken feminism, antiwar activism and an understated postmodern self-awareness. Those facets did not all appear in (2001), a collected poems praised more for honesty than craft; happily, Paley’s many fans may find that her best poems were her last. The wry, friendly voices in this posthumous assemblage address her later years with equanimity and humor. As in her short stories, the apparent naïveté of tone plays off the earned wisdom the teller finally conveys. In “I Met a Woman on the Plane,” Paley listens to a mother of five living children explain that she cannot stop grieving for her sixth, who died. Other poems praise the territories Paley has known, with wit and kindness: Manhattan and Brooklyn streets and the hills of Vermont. Finally, though, this wise and patient collection focuses on old age, presented with an appealing combination of impatience and fortitude: “Anyone who gets to be/ eighty years old says thank you/ to the One in charge,” Paley says, “and then im-/ mediately begins to complain.”