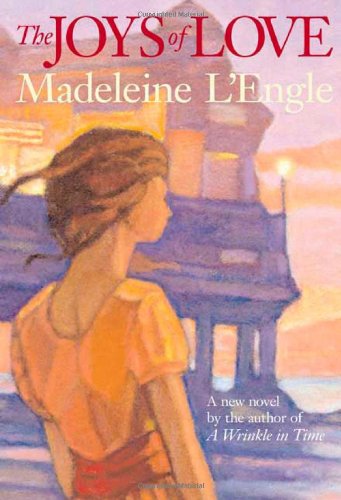 The Joys of Love

Written in the late '40s but not taken on by L'Engle's agent, this posthumously published novel is more artifact than timeless story. As such, it will primarily interest readers who want to know more about the author of the groundbreaking especially because an introduction by L'Engle's granddaughter Léna Roy identifies it as semiautobiographical. Elizabeth, like L'Engle a graduate of Smith College, has convinced her controlling guardian aunt to let her take a scholarship apprenticeship at a summer theater, even though her aunt vigorously opposes Elizabeth's lifelong passion for the stage. Set over a long weekend, the action revolves around Elizabeth's infatuation with a womanizing director from the city and her subsequent disillusionment; luckily a decent fellow is around to pledge his love to her. Even with a veil thrown over the characters' sex lives, L'Engle suggests the intimacy, good and bad, within a theater company, and her dialogue pungently evokes the period. The tidiness of the resolutions betrays the inexperience of the writer—which, paradoxically, may endear this work to L'Engle fans. And although the conflicts are dated, the heroine's yearnings often transcend the '40s setting. Ages 12–up.