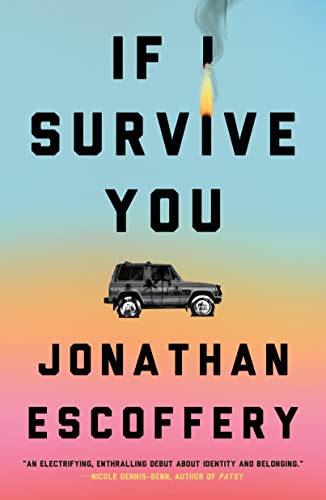 If I Survive You

Escoffery’s vibrant and varied debut, a linked collection, chronicles the turbulent fate of a Jamaican American family in Miami. Trelawny, the main character in most of the entries, is the younger of two sons. He questions where his light skin places him within America’s racial categories and where he fits into family hierarchy: “You want to prove your father bet on the wrong son,” Trelawny narrates in the title story, addressing his father’s favorable treatment of his older brother, Delano, an arborist and musician. “In Flux” recounts Trelawny’s liberal arts education as he leaves Miami and attends college in the colder, and more racially homogenous, Midwest. “Odd Jobs,” “Independent Living,” and the title story center on the strange and ethically dubious gigs Trelawny takes to survive, including a running stint as a voyeur for a rich Miami couple, asking himself all the while: “What kind of employee are you? And just what kind of man?” Two stories exert a thrilling dramatic pull: In “Splashdown,” Trelawny’s cousin Cukie learns the lobster trapping trade, and something darker, from his estranged father; and “If He Suspected He’d Get Someone Killed...” follows Delano rushing to secure a bucket truck and a tree-trimming contract before a dangerous storm arrives. This charged work keeps a tight hold on the reader. (Sept.)

Correction: Due to an editing error, this review originally published without its star.