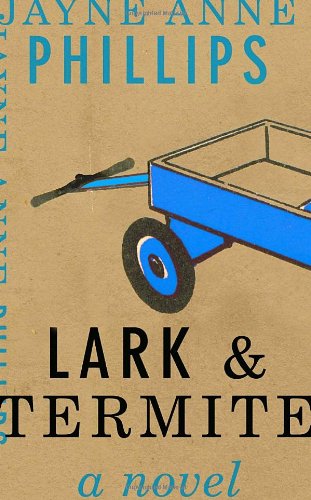 From Phillips ( ; ) comes a long-awaited and wonderful coming-of-age tale of grief and survival. The story straddles a parallel six-day period in July, one in 1959—during which 17-year-old Lark; her brother, Termite, who can’t talk; and their aunt and caretaker, Nonie, are struggling to balance hope and despair in smalltown West Virginia—and nine years earlier, when Termite’s father, Robert Leavitt, serves a tour in Korea. Lark, living with her aunt without knowing who her father is or why her mother gave her up, was nine years old when baby Termite landed on their doorstep. Nonie works long hours at a local restaurant to support the hodgepodge family, leaving Lark to take over mothering duties, but as Lark finishes secretarial school and realizes how limited the options are for her and Termite, forces of nature and odd individuals shed light on mysteries of the past and lend a hand in steering the next course of action. Through Robert and Nonie’s stories and by exposing the innermost thoughts of each character, Phillips creates a wrenching portrait of devotion while keeping the suspense at a palpitating level.