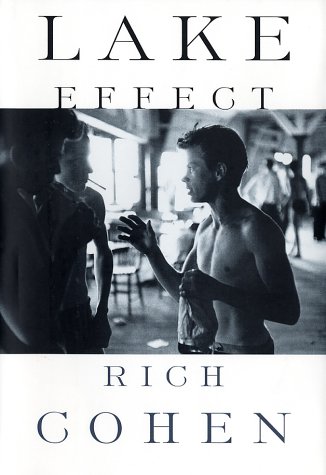 When Cohen's family lived in Libertyville, Ill., they were the only Jews in the town, but that was fine with their neighbors, who said, "Thank God, we were afraid they would sell to Catholics." This anecdote illuminates the ever-shifting status of outsiderness that Cohen portrayed with such precision in . It's also emblematic of this memoir of his youth. Cohen is less interested in cultural identity than in pinpointing the elliptical influences of the mid-1980s ("that decade, as odorless and colorless as noxious gas, came to inhabit every part of our lives") on him and his friends. Much of the memoir is a platonic love letter to his best friend, Jamie Drew, "the true hero of my youth, the most vivid presence." Cohen's prose is elegiac, nostalgic and -esque—double dates are remembered by "cheeseburgers and apple-pie... a root-beer float, a scoop of vanilla ice cream melting into its own foam... and in the rearview, Jamie whispered to his girl as the split-levels and convenience stores tumbled by"—and conveys not only the fleetingness of teen years but a vivid portrait of Midwestern life. Cohen's memoir is filled with tender moments (e.g., Jamie telling him "he had a wet dream, which he called a rain dance... [which] is brought by the rain god, the sweetest and most charitable god of all"), but never loses its realistic, hard edge, such as when Jamie decides to drive while drunk and high, crying because his own father died in a drunk driving accident. Poignant and lyrical, this will please Cohen's fans and find new readers for him.