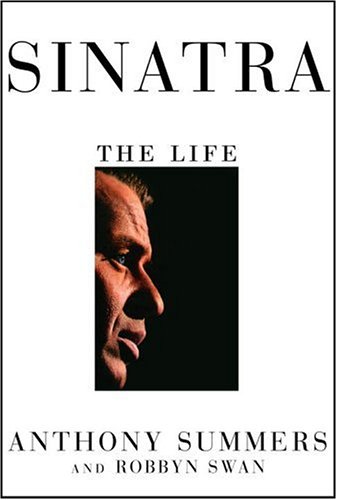 The second collaboration for the husband-and-wife team (after their Nixon bio, ) is hardly the first book about Frank Sinatra, and despite their claim to be the only objective biographers to address the crooner's final years, the book's later chapters feel rushed compared with the lengthy passages covering Sinatra's well-trod glory days. Furthermore, since Sinatra's musical genius and acting skills have been thoroughly analyzed by previous writers, Summers and Swan put in minimal effort there. Where their work does stand out is in firming up the evidence of organized crime's "continuing interest" in Sinatra, from affirming that the famous scene in only slightly exaggerates how he got his breakthrough role in to exploring his possible role as a go-between for the mob and John F. Kennedy. The pair also break new ground in depicting what they describe as Sinatra's alcoholism, pointing out that he frequently drank all night long, and his abusive treatment of women, for which they cite cases. Yet even when the authors say Sinatra raped a woman or fathered another woman's child out of wedlock—and they make good cases for both—their delivery is a lot closer to objective biography than tabloid sensationalism. A&E's airing of a linked documentary, timed to coincide with the book's publication, as well as a first serial in , will create significant interest in this latest Sinatra saga. 32 pages of photos.