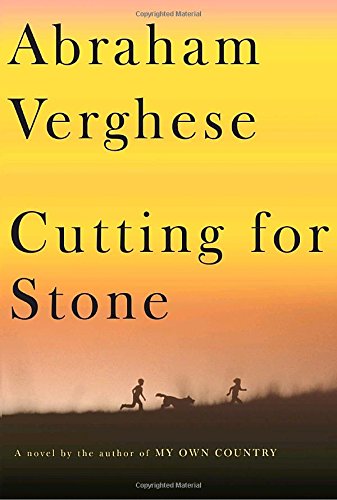 Lauded for his sensitive memoir ( ) about his time as a doctor in eastern Tennessee at the onset of the AIDS epidemic in the ’80s, Verghese turns his formidable talents to fiction, mining his own life and experiences in a magnificent, sweeping novel that moves from India to Ethiopia to an inner-city hospital in New York City over decades and generations. Sister Mary Joseph Praise, a devout young nun, leaves the south Indian state of Kerala in 1947 for a missionary post in Yemen. During the arduous sea voyage, she saves the life of an English doctor bound for Ethiopia, Thomas Stone, who becomes a key player in her destiny when they meet up again at Missing Hospital in Addis Ababa. Seven years later, Sister Praise dies birthing twin boys: Shiva and Marion, the latter narrating his own and his brother’s long, dramatic, biblical story set against the backdrop of political turmoil in Ethiopia, the life of the hospital compound in which they grow up and the love story of their adopted parents, both doctors at Missing. The boys become doctors as well and Verghese’s weaving of the practice of medicine into the narrative is fascinating even as the story bobs and weaves with the power and coincidences of the best 19th-century novel.