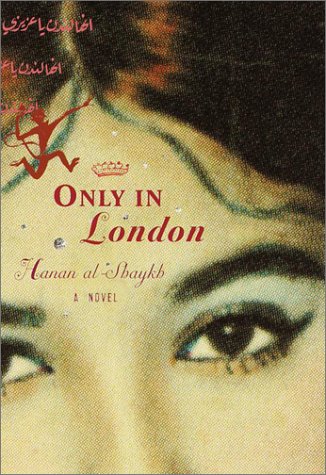 A chance meeting of four strangers on a turbulent plane ride from Dubai to London sets the stage for this fourth novel by acclaimed Lebanese author al-Shaykh (; ). Lamis is an Iraqi woman who has just divorced her much older husband, a man she moved to London to wed in an arranged marriage. Amira is a sassy and resourceful prostitute from Morocco, who plies her trade in the upper-class hotels of Mayfair. Samir is a flamboyant gay Lebanese man who is smuggling a monkey into the country for cash. Nicholas is an Englishman working for Sotheby's who travels frequently to Oman and has a fascination with the Arab world. Back in London, their lives become busily intertwined. As Lamis negotiates her independence in a country she wants desperately to feel a part of—while also maintaining ties with her adolescent son, who lives with his father—she begins an affair with Nicholas, whose love and urge to shelter her begin to threaten her new sense of self. Amira and Samir, meanwhile, form a partnership of their own. He moves in with her and chases good-looking young men, while trying to forget about the reality of his wife and five children back in Beirut; she concocts a scheme of masquerading as an Arab princess to attract a grander clientele. The themes of Eastern and Western identity, love, sex, independence and freedom are deftly woven into the lives of four vivid characters whose antics tumble into comedy as often as into drama. Busy, gossipy and chock-full of unexpected cultural insights, this tale should entertain readers as diverse as the Arab expatriates it depicts.