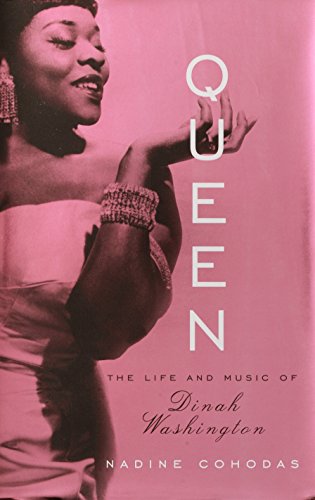 QUEEN: The Life and Music of Dinah Washington

A significant blues and jazz diva, Washington rivaled Billie Holiday and Bessie Smith with her soulful singing and her tempestuous ways. Once known as "Queen of the Blues and Queen of the Juke Boxes," Washington lived a tumultuous life, ascending to early fame with Lionel Hampton's band and flirting with all the temptations of a musician's life on the road. Drawing on archival materials and interviews with the singer's fellow musicians, Cohodas ( ; ) provides a much-needed portrait of Washington. Born Ruth Jones in Tuscaloosa, Ala., in 1924, the young singer and her family soon moved to Chicago, where Jones left school to pursue a singing career. By the time she was 18, Washington was singing with Hampton's band at the Apollo Theater. In a few years she had made such a name for herself that she left Hampton for her own solo career, recording an album almost every year for the next 20 years until her death in 1963. Cohodas provides a detailed chronological account of Washington's turbulent life and career, including her seven marriages. Although Cohodas swamps the reader with a mass of exhausting details and her interpretations of Washington's music sometimes lack depth, she has written the definitive biography of this important singer.