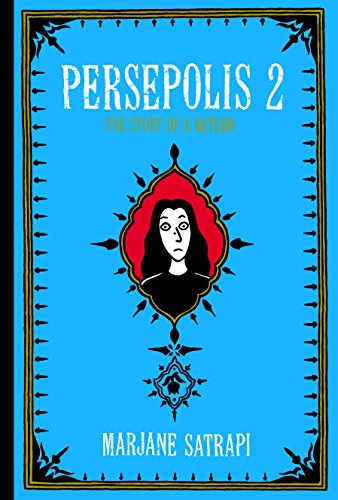 PERSEPOLIS 2: The Story of a Return

Part one of Satrapi's autobiographical graphic novel found her surviving war, the Islamic Revolution, religious oppression and the execution of several close friends. If part two covers less traumatic events, it's also more subtle and, in some ways, more moving. Sent by her liberal, intellectual parents from Tehran to Vienna to get an education and escape the religious police, rebellious but vulnerable teenage Satrapi learns about secular freedom's pitfalls. Struggling in school, falling in with misfits and without a support group, she ends up dealing drugs for a boyfriend and eventually finds herself homeless on the streets. Forced to return to Iran, Satrapi must once again take up the veil, but learns to live within the constraints of her native land, which border on the surreal. For instance, while Satrapi's racing to catch a bus, the religious police tell her to stop running so her bottom doesn't make "obscene" movements. "Well, then, don't look at my ass!" she angrily responds. The book's cornerstone is her relationship with her parents, who seem to have enough faith in her to let her make the wrong decisions, as when she marries an egotistical artist. Satrapi's art is deceptively simple: it's capable of expressing a wide range of emotion and capturing subtle characterization with the bend of a line. Poignant and unflinching, this is a universally insightful coming-of-age story.