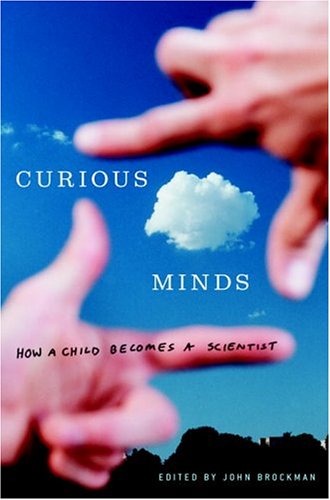 CURIOUS MINDS: How a Child Becomes a Scientist

In this anthology of reminiscences by prominent scientists, the roll includes Richard Dawkins, Murray Gell-Mann, Joseph Ledoux and Ray Kurzweil, along with 23 others. The mandate of the book's editor, literary agent Brockman ( ), to each of these authors was to write an essay explaining how he or she came to be a scientist. Some take him at his word and write meandering stories of childhood. David Buss found his calling—the study of human mating behavior—while working at a truck stop after dropping out of school. Paul Davies says he was born to be a theoretical physicist. Daniel Dennett, on the other hand, seems to have tried every other profession before landing, as if by accident, in science. A few writers let their essays get hijacked by the science they have devoted their lives to. And in the midst of this, like a keystone in an arch, is an essay by Steven Pinker explaining why the entire exercise is a bunch of hooey: scientifically speaking, he says, people have no objective idea what influenced their behavior, and that writing a memoir is creative storytelling, not objective observation of what actually happened. Whether or not these essays are scientifically sound is open to debate, but they do offer occasionally inspiring glimpses into the minds of today's scientific intelligentsia.