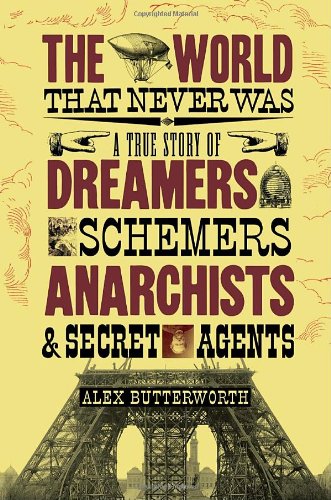 The World That Never Was: A True Story of Dreamers, Schemers, Anarchists, and Secret Agents

Historian Butterworth ( ) makes a first-rate addition to the growing list of books dealing with terrorism's origins and history. His focus is the alienated young men and women who, in the late 19th and early 20th centuries, turned to anarchist and nihilist terrorism. This gripping and unsettling account depicts the movement's rise from the failed Paris Commune of 1871 through the abortive 1905 Russian revolution and its decline into the 1930s. Alternating among Russia, Europe, and America, the author produces a narrative packed with colorful figures, plots, assassinations, and bombings, betrayals, persecution, heroism, and martyrdom. Despite inflicting great damage (including assassinating a czar, an American president, and many European leaders), it failed. Successful attacks produced only more oppression. However, the first “war on terror” also failed. Police wreaked havoc among plotters (and many innocents), but the terror declined only after WWI, when rising communism and fascism attracted a new generation of disaffected idealists. Delivering a virtuoso performance, Butterworth adds the hope that history will not repeat itself and that a successful new bloody ideology will not create the next scourge. 8 pages of b&w illus.