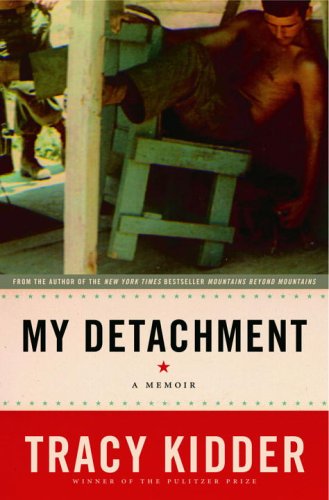 My Detachment: A Memoir

The author of put in a year during the Vietnam War; he was a reluctant warrior. Kidder joined ROTC in his junior year at Harvard as a way of avoiding the draft's uncertainties. Two years later he was taking part in a war that he found "unnecessary, futile, racist," serving as a lieutenant commanding an Army Security Agency detachment of eight enlisted men inside a well-fortified infantry base camp. As a shaved-headed ROTC cadet and later as an army officer, Kidder felt "separated from my social class, from my student generation"; in Vietnam, he detached himself emotionally from the mind-numbing army bureaucracy, from his ticket-punching career officer superiors and from his iconoclastic, work-shirking enlisted men. For Kidder, there are no heroes, and, in fact, few "war stories"; he presents, instead, realistic day-to-day reports on what happened to him at his posting: the mission was to interpret enemy troop movements using raw intelligence data supplied by eavesdropping technology. His account is an introspective, demythologizing dose of reality seen through the eyes of a perceptive, though immature, army intelligence lieutenant at a rear-area base camp. War isn't hell here; it's "an abstraction, dots on a map." Agent, Georges Borchardt.