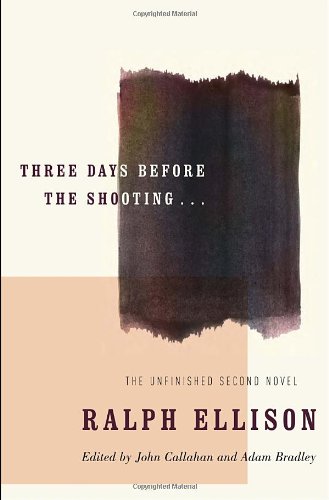 Three Days Before the Shooting...

The publication of this behemoth compilation of Ellison's efforts toward his never-finished second novel is assuredly an event—readers will find much of what the author of labored over for decades, and from which was extracted. With multiple versions of and fragments from the massive work (assembled by editors John F. Callahan and Adam Bradley), this edition will have the greatest appeal to Ellison enthusiasts and scholars, as well as to readers interested in the punishing process of novelistic composition. This volume contains countless passages of breathtaking prose, touching upon America and its “mystic motto of national purpose violently aflutter.” The story that weaves through these drafts centers on the relationship between Alonzo Hickman, a black preacher, and the race-baiting senator raised by Hickman—Adam Sunraider, of ambiguous race, living as a white man and the object of an assassination plot. The sense of struggle and chaos, in terms of the nation's impossible desires and Ellison's creative drive, is chillingly palpable throughout. The editors have performed a true feat of literary archeology in gathering an astounding bulk of prose that's highly attuned to the deeply divided American condition.