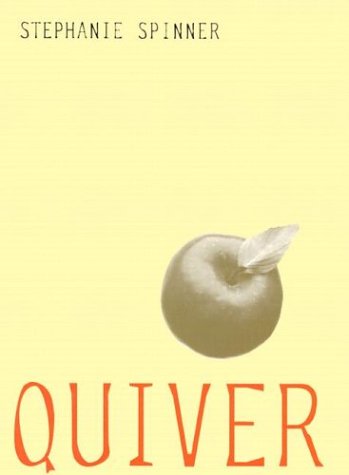 Spinner () competently retells the classical legend of Atalanta, abandoned in the woods as a baby because of her gender. Saved by the goddess Artemis the Huntress, Atalanta grows up to become a talented archer and the "swiftest of mortals"; grateful, she swears her loyalty to the goddess and vows to stay chaste. As the book opens, she is the only female hunting for the Calydonian boar, and the first to draw its blood (though, again due to gender, this feat earns her more trouble than honor). Spinner's pacing is somewhat awkward (the story takes too long to unfold, and the conclusion seems rushed), and the large cast is hard to keep straight, but Atalanta has depth as a strong, female protagonist who not only defeats men but who also trusts herself. Shortly after the hunt, Atalanta learns that she is the daughter of King Iasus; he is dying, lacking an heir, and demands that she marry and produce one. To adhere to her vows of chastity, she offers the king a compromise: she agrees to marry a suitor who beats her in a race; otherwise, he must be killed. Of course she wasn't counting on Aphrodite's meddling, or being shot in the heart by Eros's love arrow. The narrative may be difficult to enter, but there is enough death, surprise, prophecy and direct intervention from the gods—including interludes of their whimsical dialogue—to keep readers engaged. Ages 12-up.