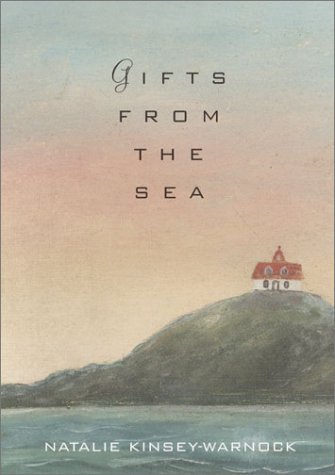 GIFTS FROM THE SEA

Inspired by the true story of a mid-19th-century lighthouse keeper who found a baby washed ashore, this atmospheric historical novel focuses on the keeper's 12-year-old daughter. Quila, the narrator, has never lived anywhere but Devils Rock Island. She and her father are having trouble coping with the death of Quila's mother, but the arrival of baby Cecelia (whose name means "gift from the sea") helps bring them back to life. Two years later, Cecelia's aunt Margaret comes to the island in search of her niece, and Quila tries to escape with the baby and nearly drowns. Kinsey-Warnock () gives a touching picture of the broken family's isolation and loneliness on the rocky island and their gradual healing, but there are flaws. The well-researched period details compete with the often modern-sounding narration. And a fantasy-like sequence as Quila is drowning seems out of place in an otherwise realistic novel: just as Quila sinks "down, down to where the fishes would feast on [her] bones," she and Celia are miraculously rescued by a pod of seals and, perhaps, by the ghost of Celia's mother. These problems notwithstanding, readers will be comforted by the author's emphasis on warmth and family, and are likely to admire Quila's sturdy independence and resilience. Final artwork not seen by . Ages 10-up.