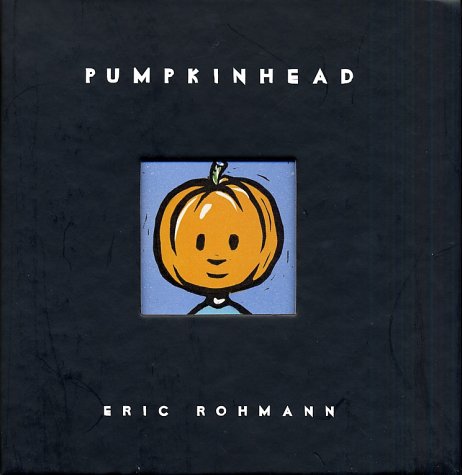 Rohmann reprises the spacious block-print style of his Caldecott Medal–winning in this quirky tale of a boy with a round pumpkin for a head. Like Stuart Little, Otho looks peculiar among his human family, but an affectionate snapshot shows that his parents accept him. While tossing a ball outside, he gets into trouble with a black bat who "thought Otho's head would make a fine place to live." The bat swoops down and swipes Otho's head. The absurdity continues as the head falls into the ocean (Otho squeezes his oval eyes shut before splashdown), gets swallowed by a fish and ends up at a seafood market. Otho wears a benign, apprehensive smile until his mother comes along ("after some spirited dickering, she bought Otho's head and a half-pound of mackerel") and rejoins him with his body. Given the bat and pumpkin, this could be a Halloween read, but mild Otho is neither spooky nor fierce. The surreal story primarily affords Rohmann the chance to experiment with design. The square book cover frames a charming, die-cut portrait of Otho; inside, dynamic thick black outlines border the pared-down but energetic relief prints. Rohmann places high-contrast black details in expansive white space, and complements the orange of Otho's head with soft shades of blue. The wry tone and theme places this alongside his more sophisticated and . Ages 5-9.