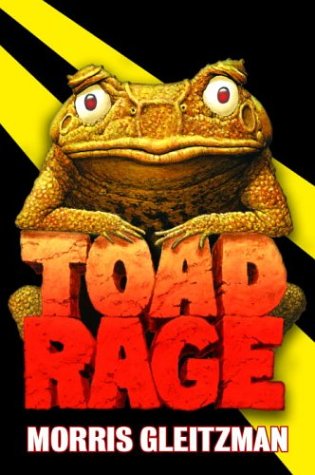 "Never trust a human." Those are the last words of cane toad Limpy's Uncle Preston, "the ones he'd said just before he was flattened by a funeral procession," in Australian writer Gleitzman's ( ) hilarious dark comedy. In fact Limpy has watched countless relatives get run over by highway traffic and, out of deference, rolls up their dried bodies, takes them home and stockpiles them ("Well, don't just leave him lying around in your room," says Limpy's Mum on one such occasion. "That room's a pigsty. I'm tired of tidying up dead relatives in there"). Not content to accept his parents' explanations for his family's advanced mortality rate (all the really nutritious flies hang out near the highway), Limpy is convinced that humans hate cane toads, and he sets off on a farflung journey to find a human being and determine the cause of their enmity. Despite his dearly departed uncle's admonition, Limpy discovers that humans might not all be so bad, as he falls in with a female athlete who, he believes, will help him apply to become an Olympic Games mascot. While the book was originally published for the Sydney Olympics in 2000, and some of the humor has to do with native Aussie animals' hurt feelings at being rejected as mascots, most of the comedy should travel well. Saucy fun from start to finish. Ages 8-12.