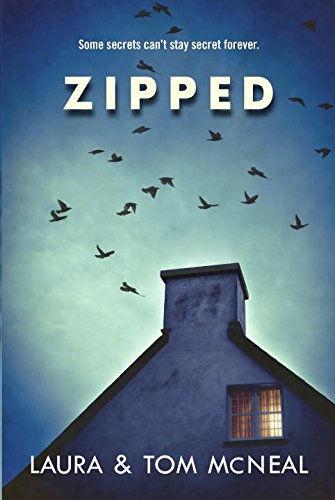 The McNeals skillfully weave together several story lines in their well-honed novel about young suburbanites who face adult complications. When 15-year-old Mick discovers that his beloved stepmother is having an affair, he starts acting mean to her, keeps her incriminating emails on a disk zipped in his pocket and even hides in her car when he suspects she's meeting her lover. Meanwhile, his crush, Lisa, is interested in Mick, but she's also infatuated with a smooth-talking Mormon missionary. Lisa's best friend develops a relationship with Maurice, a supervisor at the retirement village where the teens work as groundskeepers, who is also responsible for a crime spree in the community. Additionally, Lisa learns, he's sexually harassing another worker. As in their last novel, , the McNeals create a pair of nice, slightly geeky characters, and a complicated bad kid. Through their alternating perspectives (Mick's, Lisa's and Maurice's), the authors reveal the characters' baggage: Mick's mother left eight years ago (she sends computer-generated checks a month before his birthday) and Maurice's dad died trying to escape the police. Tender scenes, like one in which Mick's father, trying to ease tensions, asks him to come downstairs and play piano, keep the novel grounded, and Mick and Lisa's relationship develops naturally and smoothly (they take walks, she bakes him cookies). An epilogue seems extraneous. Readers will be sucked in as Mick and Lisa begin to see "the face behind the face behind the face." Ages 12-up.