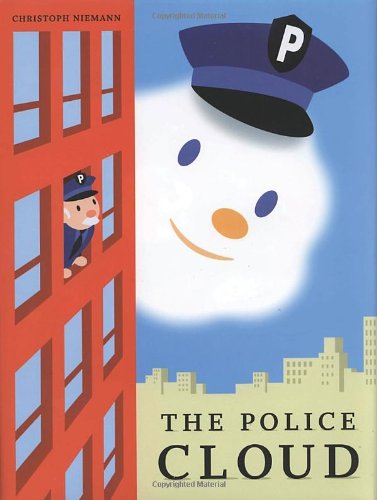 Graphic illustrator Niemann, a cover artist, makes his picture book debut with an amiable story of a civic-minded cloud. The unnamed, roundish cloud wants a useful career in law enforcement, and convinces a police chief to let him join the force. But problems arise after the floaty white puff dons his official blue cap. When he assists some officers apprehending a robber, he shrouds them in a haze and the perp escapes. Directing traffic at a busy intersection "didn't go well, either." Even on summer park patrol, the cloud casts an unwelcome shadow on law-abiding sunbathers (and an angry dog and duck). Disappointed, "he began to cry." To his surprise, this inborn ability to rain makes him invaluable to public department, one that wears shiny red hats and drives shiny red trucks. Niemann's crisp digital art complements the simplicity and mild silliness of his story, which takes place in a generic city of blocky, uniform high-rises. The cloud's shape-shifting ability is not developed much, but his open features convey friendliness, and he finds a cooperative job that suits him fine. Ages 3-7.