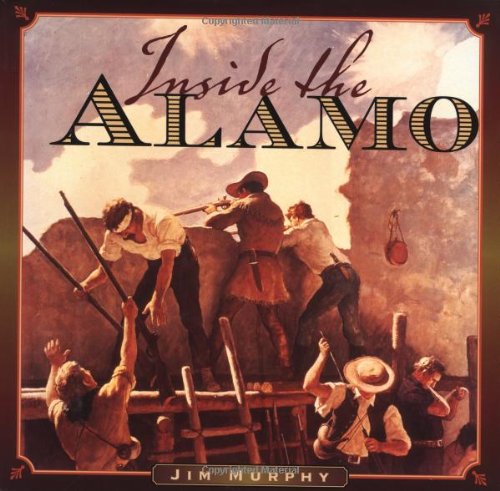 Opening his account on February 23, 1836, Murphy () ably captures the mood of suspense when the Mexican army bursts on the scene to take on a ragtag group of Texan rebels attempting to defend their fortress, the Alamo ("Suddenly, the grave stillness was shattered by the clanging warning bell, its harsh sound filling the air and racing along every twisting street, every narrow alley"). The author describes the defenders as "approximately 157 men plus 19 or so women and children... inside, waiting, watching, and worrying"—including the famous Davy Crockett. "It would be difficult to assemble a group that had so little in common and yet shared a single belief so passionately. Each man felt to his bones that Texas was not only his home but also his destiny." Murphy effectively backs up his assertion with stirring primary sources, such as the patriotic plea from Lieutenant Colonel Travis for reinforcements in which he proclaimed, "I shall never surrender nor retreat." But Mexican General Santa Anna was equally as determined, as expressed in his "policy of no mercy" ("As you know, in this war there are no prisoners," he said). Photographs, etchings and maps help bring the events to life, and brief biographies and factual sidebars describe the major personalities (one explores Travis's legendary "line in the dirt" speech, in which he asked those willing to fight to cross the line), the Alamo's history prior to 1836, etc. Murphy also includes a poignant examination of another group of casualties in the fight for Texas, Native Americans. A compelling behind-the-scenes look at the defeat that, ironically, helped create the state of Texas. Ages 9-12.