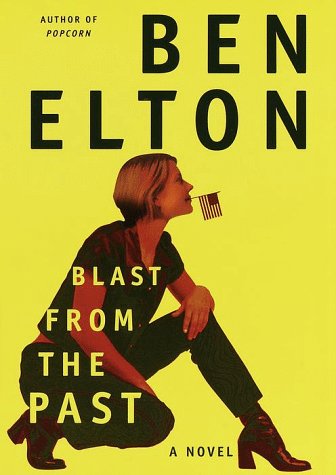 Blast from the Past

British stand-up comic, playwright and author Elton (Popcorn) brings a new, if unconvincing, twist to the term ""sexual politics"" in his fifth off-the-wall novel. Polly Slade is a stereotypical leftist activist, but, la Bridget Jones, she's also sadly single. When Polly was 17, she had a brief and improbable sub rosa love affair with American Captain Jack Kent, who was stationed at the airbase in Greenham, England where, in the '80s, there was a year-long demonstration against American militarism. Polly, radical protester-for-peace in the bloom of her punkish pulchritude, is shortly abandoned by the ambitious Jack, whose pursuit of army life cannot be derailed. Now 16 years have passed and Jack has risen in the U.S. ranks, in line to become the chairman of the Joint Chiefs of Staff. Polly's career hasn't been so steady, as she passed through anarchist, feminist and labor support groups. She's dated both politically correct and lying married men. But now she's got a stalker, Peter (whom she nicknames ""The Bug""), a former client at the Office of Equal Opportunity where she works. When Jack comes to London and looks up Polly, whom he's never stopped loving, his quest coincides with Peter's escalating harassment. The collision of Polly's loneliness and nostalgia, Jack's egomaniacal personality and ""The Bug's"" psychosis, which Elton sets up deftly enough, doesn't quite gel. Kent, part Manchurian candidate, part Rambo and overall a blatant symbol of U.S. political corruption, doesn't make a credible figure, especially when his enduring passion for Polly turns deadly. Elton's condescending asides about Polly's ultra-leftie politics render his heroine ridiculous. While the combination of U.S. and British politics, thematically linked with sexual obsession and blood-thirsty ambition, is a promising melange, these characters haven't the mettle to engage most readers in their violent and melodramatic love games. (Sept.)
close
Details