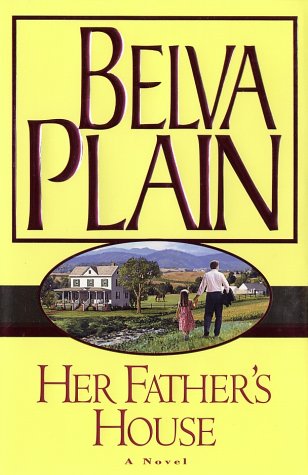 Usually a crowd-pleaser, Plain (, etc.) sleepwalks through her latest novel, in which old-fashioned style clashes uncomfortably with contemporary content. Donald Wolfe, a 25-year-old North Dakota native, comes to New York City in 1968 to practice law; five years later, he meets and falls for the captivating Lillian Morris. Marrying in haste, he repents big time when Lillian reveals herself to be disturbingly erratic. After she becomes pregnant, the two divorce, but when Donald judges his daughter, Bettina, to be neglected, he kidnaps her. Taking to the road, he invents a new past for himself and adopts the name Jim, renaming his daughter Laura. Many years later, the truth is revealed and Jim stands trial for kidnapping. Will Laura, now a young woman, be able to forgive her father his deception, which he claims was for her own good? An unbelievably naïve attitude on the part of young Donald and creakingly stilted dialogue all around make it difficult to suspend disbelief; meanwhile, the dated language will have readers expecting descriptions of porkpie hats. Preachy double standards regarding parenting will be unappreciated by modern readers, and there are a few glaring anachronisms (music CDs in the '70s?). When Donald/Jim, sanctimonious from start to finish, asserts late in the novel that "Running away is never the answer," readers will rightly wonder whether this man has been paying attention to his own life story. More importantly, has the author? A pass, even for completists.