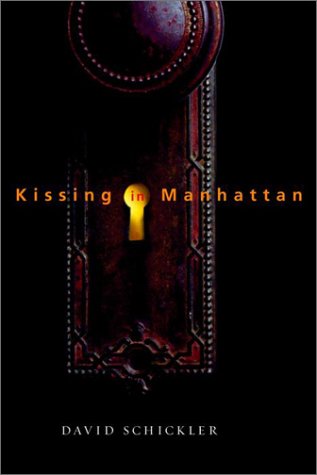 Like figures in a strange, spiky, urban frieze, the characters of Schickler's striking debut novel-in-stories pose, strut and cross paths in a darkly romantic, surreal Manhattan. Their geographic ground zero is the Preemption, a Gothic apartment building equipped with an ageless doorman and a venerable 19th-century elevator. On the premises, a devoted wife bathes her timid husband nightly, a headstrong Princeton-bound high school girl proposes marriage to her English teacher, and a perfume heiress humbles a cruel lawyer. Elsewhere, at a few select haunts, a failed comedian earns celebrity status as an angry mouse in a stage play, a smart feminist is seduced by a muscle-car-driving chauvinist named Checkers, and a travel writer searches for the particular something that makes people wonderful. At the dangerous center of the eclectic cast is Patrick Rigg, a 33-year-old stockbroker who unleashes pent-up childhood rage by recruiting a devoted harem of young women and making them fall in love with their own bodies. Rigg brings most of the characters together for the Millennial Solstice Debauchery Spree, a 10-day bacchanal headquartered in the Preemption. But celebration gives way to terror when Rigg discovers that his favorite woman—none other than the travel writer, Rally McWilliams—has fallen for Rigg's roommate, introvert accountant James Branch. Narrated in a deliberately artless (and occasionally just plain flat) deadpan, the narrative draws its strength from the puzzle-like maze of its intersecting plots and its menagerie of characters with Dickensian names and modern sensibilities. Schickler is a fabulist for the 21st century, a skewed Scheherazade. Though there are thin spots in the web he weaves, his imagination and passion promise much.