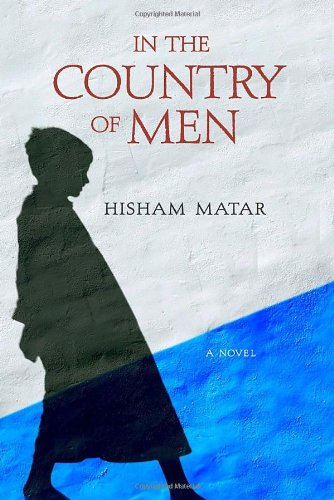 In the Country of Men

Shortlisted for the 2006 Man Booker Prize, Matar's debut novel tracks the effects of Libyan strongman Khadafy's 1969 September revolution on the el-Dawani family, as seen by nine-year-old Suleiman, who narrates as an adult. Living in Tripoli 10 years after the revolution with his parents and spending lazy summer days with his best friend, Kareem, Suleiman has his world turned upside down when the secret police–like Revolutionary Committee puts the family in its sights—though Suleiman does not know it, his father has spoken against the regime and is a clandestine agitator—along with families in the neighborhood. When Kareem's father is arrested as a traitor, Suleiman's own father appears to be next. The ensuing brutality resonates beyond the bloody events themselves to a brutalizing of heart and mind for all concerned. Matar renders it brilliantly, as well as zeroing in on the regime's reign of terror itself: mock trials, televised executions, neighbors informing on friends, persecution mania in those remaining. By the end, Suleiman's father must either renounce the cause or die for it, and Suleiman faces the aftermath of conflicts (including one with Kareem) that have left no one untouched. Suleiman's bewilderment speaks volumes. Matar wrests beauty from searing dread and loss.