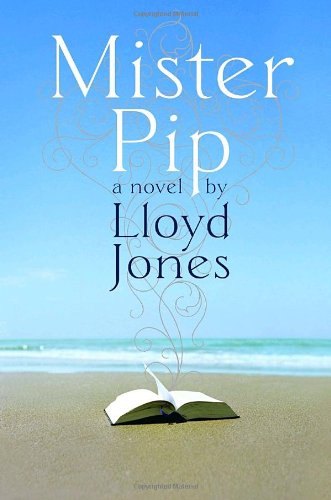 A promising though ultimately overwrought portrayal of the small rebellions and crises of disillusionment that constitute a young narrator’s coming-of-age unfolds against an ominous backdrop of war in Jones’s latest. When the conflict between the natives and the invading “redskin” soldiers erupts on an unnamed tropical island in the early 1990s, 13-year-old Matilda Laimo and her mother, Dolores, are unified with the rest of their village in their efforts for survival. Amid the chaos, Mr. Watts, the only white local (he is married to a native), offers to fill in as the children’s schoolteacher and teaches from Dickens’s . The precocious Matilda, who forms a strong attachment to the novel’s hero, Pip, uses the teachings as escapism, which rankles Dolores, who considers her daughter’s fixation blasphemous. With a mixture of thrill and unease, Matilda discovers independent thought, and Jones captures the intricate, emotionally loaded evolution of the mother-daughter relationship. Jones ( ; ) presents a carefully laid groundwork in the tense interactions between Matilda, Dolores and Mr. Watts, but the extreme violence toward the end of the novel doesn’t quite work. Jones’s prose is faultless, however, and the story is innovative enough to overcome the misplayed tragedy.