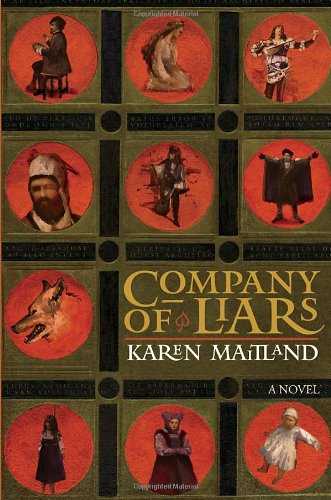 Desperate to outrun the Black Death ravaging England during the sodden summer of 1348, nine disparate souls band together in this harrowing historical, which infuses a scenario with the spectral chill of an M. Night Shyamalan ghost story. Maitland ( ) gives each of the travelers a potentially devastating secret. How did narrator Camelot, a glib-tongued peddler of false relics and hope, really come by that hideously scarred face? What is magician Zophiel hiding inside his wagon? And just who is Narigorm, the spooky albino girl whose readings of the runes are always eerily on target? As the nine strangers slog cross-country through the pestilential landscape, their number shrinking one by one, they come to realize that what they don't know about each other might just kill them. Despite Maitland's yarn-spinning prowess, her narrative occasionally stalls because of unrelenting grimness and an increasingly predictable plot—that is, until its gasp-out-loud finale.