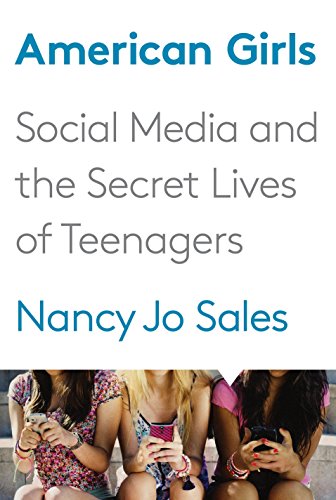 American Girls: Social Media and the Secret Lives of Teenagers

This intelligent, history-grounded investigation by journalist Sales (The Bling Ring) finds dismaying evidence that social media has fostered a culture "very hostile" to girls in which sexism, harassment, and cyberbullying have become the "new normal," along with the "constant chore" of tailoring one's image for public consumption and approval. With self-awareness and candor, her interview subjects, ages 13 to 19, clearly articulate the ways in which "social media is a nightmare," a strange "half-reality" that produces self-consciousness, narcissism, image obsession, anxiety, depression, loneliness, drama, and "the overwhelming pressure to be perfect" or at least "to be considered %E2%80%98hot.'%E2%80%8A" Teens value social media as a revolutionary tool for collective action, but Sales finds that across race, class, and region, social media reinforces a sexual double standard; its use reduces communication skills, and its users exhibit continual disrespect for women hand-in-hand with "an almost total erosion of privacy." She deftly analyzes the causes of this phenomenon of self-objectification%E2%80%94among them the "pornification of American life," the hypersexualization of teens, and broader trends towards impulse gratification%E2%80%94as well as its consequences, including rising rates of STDs, self-harm, exploitation, and a deterioration in girls' ability to cultivate relationships, intimacy, and a rich interior life. Solutions will be difficult, but Sales's research demonstrates that parental involvement is key to inoculating girls against the "insidious" effects of online life. Parents, educators, administrators, and the purveyors of social media platforms should all take note of this thoughtful, probing, and urgent work. (Feb.)
close
Details