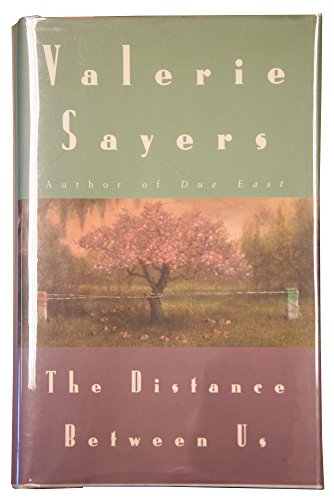 The Distance Between Us

Though she begins her ambitious fourth novel in the town of Due East, S.C., where the previous three (most recently, Who Do You Love? ) were set, Sayers here ventures to new geographical (New Orleans, Brooklyn, Dublin, Washington, D.C.) and emotional territories. Antiheroine Franny Starkey is a bad girl from a good Catholic family, a rebel and ``skinny little temptress'' who makes up in blatant sexiness and moxie what she lacks in conventional beauty. Franny's family lives on the edge of poverty, and Michael Burke, the man she eventually marries, has had an even more penurious life in Brooklyn. Her lifelong beau, Steward Morehouse, however, inherits a trust fund from his wealthy grandparents and uses it to produce arty films, while Kevin Byrne, the third of Franny's lovesick swains, is the product of the middle class. Investigating these social differences against the background of the '60s is one of Sayers's aims here, and she acquits herself beautifully. Franny's metamorphosis, however, from oversexed teenager to would-be artist shackled by four children happens too slowly. But Sayers is writing with new assurance, and her gritty candor and unflinching gaze at her characters' foibles make the narrative ring with authenticity. Though she takes some risks, breaking the linear narrative by including Michael's screenplays (which rob Franny of her privacy and undermine their marriage), these pages have a riveting immediacy. She conjurs with raw sensory power Michael's working-class, Catholic milieu; his and Franny's honeymoon in Ireland, where he is conned into running guns for the IRA; the stink and squall of their growing brood; and the tightrope Michael and Steward walk, one desperate for work, the other for inspiration. She strains too hard to assemble her cast at key moments and the resulting scenes are sometimes unconvincing and trite, capped by a predictable showdown in the final pages. It's the cameo roles--the retarded twin who sings ``Harrigan'' incessantly, Steward's blowsy mother shoehorned into a tight bathing suit--that make this book memorable. 100,000 first printing; $250,000 ad/promo; author tour. (Feb.)
close
Details