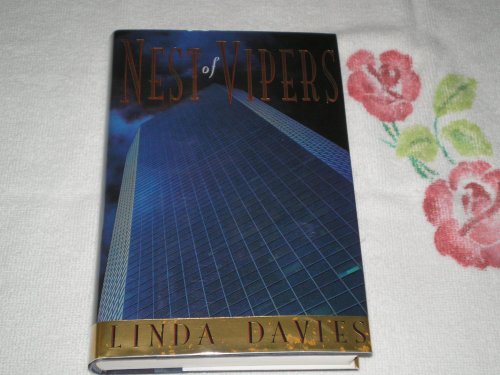 In the world of popular fiction, will 1995 be known as the year of the financial thriller? On the heels of Michael Ridpath's high profile but disappointing Free to Trade comes another-and superior-first novel about monetary mayhem, also by a veteran of the London financial markets. In this pulse-pushing yarn that features an ingot-hard heroine, Davies lobs a female dynamo into the mostly male bastions of international finance and the government agencies that stalk those who prey on the markets. Top currency trader Sarah Jensen is asked by the governor of the Bank of England to take a post at an upstart bank in order to spy on the bank's currency-trading division, which, headed by the dashing Dante Scarpirato, is suspected of criminal activities. But the governor doesn't tell Sarah that he's requesting her services on behalf of MI6, Britain's Secret Intelligence Service, and that behind Scarpirato looms vicious mafia kingpin Antonio Fieri. Sarah dives into her assignment, has a fling with Scarpirato and, drawing on a secret past MI6 doesn't know about, gets help from Jacob Goldsmith, the now elderly safecracker who raised her. When the mafia gets wind of Sarah's mission, MI6, obsessed with landing Fieri, fails to protect her, even after two people close to her are killed. Proving herself a wild card, Sarah then sets in motion her own, ruthless plan to stay alive. Davies has picked obvious and familiar villains to pit against her heroine, but they're drawn with panache, as is the unpredictable Sarah. Her writing style is mellifluous, her understanding of high-stakes currency trading authoritative yet unobtrusive, and her action scenes snap-making this a financial thriller with bull, not bear, written all over it. 60,000 first printing; major ad/promo; Literary Guild selection; film rights to MGM. (Feb.).
close
Details