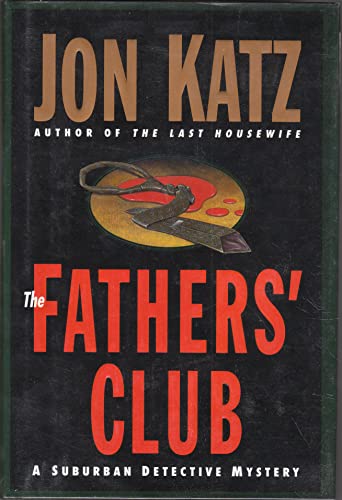 Katz's suburban detective, last seen in The Last Housewife, is an appealing, original sleuth, in many ways the antithesis of the hard-boiled PI. Kit DeLeeuw (pronounced De-loo), the married father of two, operates out of an office in the American Way mall in suburban Rochambeau, N.J., and avoids a fight whenever possible. But he is as fiercely loyal to his clients and as dogged in pursuit of the truth as his hard-drinking, womanizing, gun-toting literary forebears. Linda Lewis hires him to find her ex-husband, Dale, a housing developer who has lost contact with his kids and missed support payments. Kit finds Dale without any trouble--dead. Asked by Linda to investigate further, Kit infiltrates the Fathers' Club, the support group to which Dale had belonged. Meanwhile, Kit juggles his fledgling PI career with his roles as parent to rebellious teenager Ben and still sweet, preteen Emily, and partner to his wife, Jane, whose dual work and school schedule leaves him a virtual single parent. Even as Kit uncovers fraud, greed and betrayal among club members, some of their blunt, straight talk offers him insight into problems he's having with Ben. Both cast and puzzle hold readers' attention here. (June)FYI: Katz, media critic for Wired magazine, has a nonfiction book, Virtuous Reality, coming out from Random House next January.
close
Details