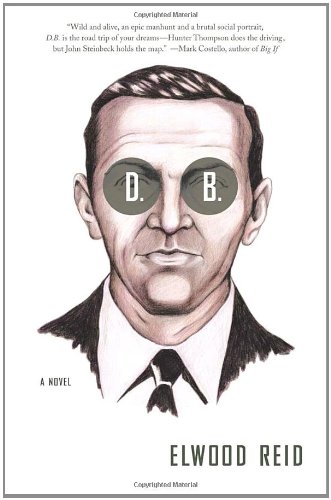 Reid, the author of a story collection ( ) and a football novel ( ), here tackles the real-life 1971 case of notorious skyjacker D.B. Cooper. The novel is a hit-or-miss effort, made memorable by athletic prose and forgettable by a meandering plot. Cooper, who was never apprehended, is in this telling a Vietnam vet named Fitch, a man so disillusioned with his life that he decides to risk everything on one big criminal gamble. The plan is successful, and Cooper/Fitch reaps nearly a quarter of a million dollars before parachuting from the Boeing 727 straight into legend. His nomadic existence in Mexico is intercut with scenes from the life of Frank Marshall, a retired FBI agent who was among the many pursuers stymied by Fitch's disappearance. In the middle of the book, particularly, atmosphere and delayed flashback take center stage and the story suffers. Every minor character is provided with an exhaustive list of quirky traits and the inevitable meshing of the two plot lines is stalled for too long. The novel's denouement, however, is handled with alacrity and will reward the persistent reader.