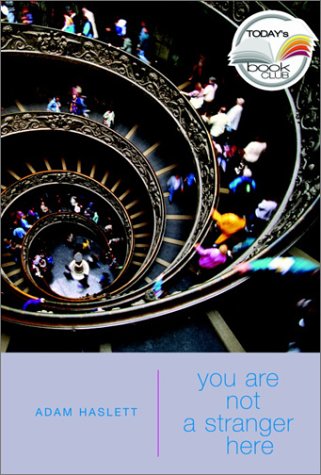 YOU ARE NOT A STRANGER HERE

In this affecting debut collection, Yale Law School student Haslett explores the complex phenomena of depression and mental illness, drawing a powerful connection between those who suffer and those who attempt to alleviate that suffering. In "The Good Doctor," Frank, a young M.D., goes out of his way to discover the origin of his patient's illness, only to learn of both her untreatable pain and his own fears and regrets: "The fact was he still felt like a sponge, absorbing the pain of the people he listened to." In "The Beginnings of Grief," suffering becomes a way of healing when a teenager coming to terms with both his homosexuality and his parents' sudden deaths seeks connection wherever he can find it, even in the pain inflicted by a classmate's violence. Often, Haslett convincingly interweaves the perspectives and lives of seemingly disparate individuals. In "The Volunteer," a teenager's awkward incomprehension in the face of his first sexual encounter bizarrely coincides with the breakdown of a schizophrenic woman he visits after school. Not all of the stories are charged with this kind of emotional complexity, however, and some tend toward the sentimental, as does "The Storyteller," in which the clinically depressed Paul, who feels himself to be nothing but a burden to his wife, Ellen, rediscovers his vitality in a chance encounter with an elderly woman and her dying son. Though the thematic similarity of many of the stories dulls their startling initial impact, this is a strikingly assured first effort.