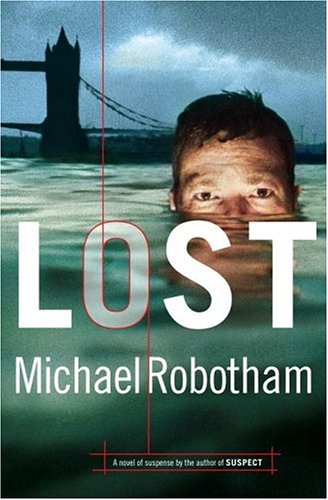 Det. Insp. Vincent Ruiz (a supporting character in Robotham's debut, ) is hauled out of the Thames with a bullet wound in his leg and no memory of a shooting, let alone how he wound up in the water in Robotham's fine, moody second thriller. Keebal, a nasty cop from internal affairs, hounds Ruiz from the start, and everyone seems to know something Ruiz doesn't. When psychologist Joe O'Loughlin (the protagonist of ) shows Ruiz a picture of young Mickey Carlyle—a seven-year-old girl kidnapped three years earlier whom everyone but Ruiz thinks is dead—he figures there must be some connection between her case and his shooting. Despite his injuries, Ruiz retraces this investigation with the help of his partner, a young Sikh woman named Ali. The past returns in dribs and drabs and none too gently. Mickey is the daughter of a Russian-born crime lord, Aleksei Kuznet; a cache of diamonds and a man known as a "grooming paedophile" also figure prominently in the splintered plot. The warm relationship between Ruiz and Joe, who suffers from Parkinson's, counterpoints the main story line's grit. Robotham works some good wrinkles into Ruiz's relationship with Ali and an empathetic nurse, too. The result is a thoughtful and subtle thriller, with convincing, three-dimensional characters.