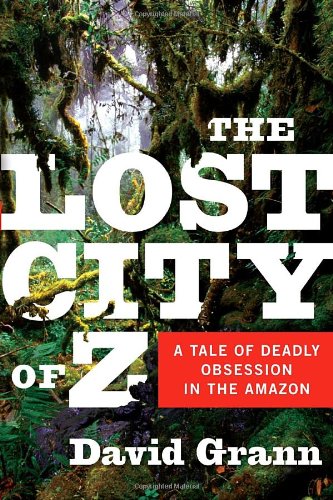 The Lost City of Z: A Tale of Deadly Obsession in the Amazon

In 1925, renowned British explorer Col. Percy Harrison Fawcett embarked on a much publicized search to find the city of Z, site of an ancient Amazonian civilization that may or may not have existed. Fawcett, along with his grown son Jack, never returned, but that didn't stop countless others, including actors, college professors and well-funded explorers from venturing into the jungle to find Fawcett or the city. Among the wannabe explorers is Grann, a staff writer for the , who has bad eyes and a worse sense of direction. He became interested in Fawcett while researching another story, eventually venturing into the Amazon to satisfy his all-consuming curiosity about the explorer and his fatal mission. Largely about Fawcett, the book examines the stranglehold of passion as Grann's vigorous research mirrors Fawcett's obsession with uncovering the mysteries of the jungle. By interweaving the great story of Fawcett with his own investigative escapades in South America and Britain, Grann provides an in-depth, captivating character study that has the relentless energy of a classic adventure tale.