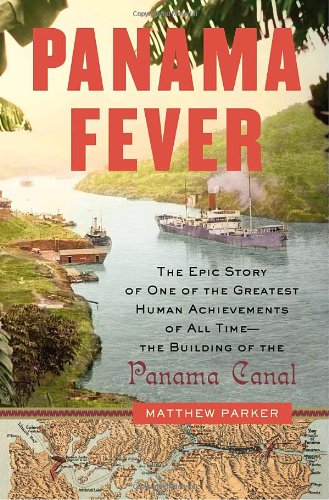 Panama Fever: The Epic History of One of the Greatest Engineering Triumphs of All Time: The Building of the Panama Canal

Parker ( ) begins this engrossing narrative of the construction of what Theodore Roosevelt called â€œone of the great works of the worldâ€ well before the 20th century: everyone from Benjamin Franklin to Goethe was interested in a trans-isthmus canal, and one of the most arresting sections of the book chronicles the failed French efforts, in the late 1800s, to build one. Roosevelt then called for the building of a canal in his first address to Congress. The project faced countless challenges, but Parker is especially deft when addressing the racism that magnified already appalling working conditions. Those in charge didn't want to hire white American workers, who were too expensive and too unionized (though later, whites were hired), and the discussions about workers became racialized. The â€œnative Isthmianâ€ was too â€œindolent,â€ but black workers from the British West Indies were viewed as â€œcheap and expendable.â€ U.S. authorities discriminated racially, paying workers unequally and trying, in general, to prevent the â€œintermingling of the races.â€ This is not a narrow history of mechanical engineering but a well-researched and satisfying account of imperial vision and social inequity. Illus., maps.