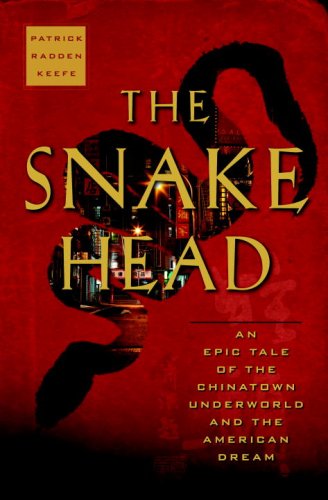 The Snakehead: An Epic Tale of the Chinatown Underworld and the American Dream

Keefe ( ) examines America's complicated relationship with immigration in this brilliant account of Cheng Chui Ping, known as Sister Ping, who built a multimillion-dollar empire as a “snakehead,” smuggling Chinese immigrants into America. Sister Ping herself entered the U.S. legally in 1981 from China's Fuzhou province, but was soon known among Fujianese immigrants in Manhattan's Chinatown as the go-to for advice, loans and connections to bring their families to America. Her empire grew so large that she contracted out muscle work to the local gang, the Fuk Ching. Keefe points to the —a ship full of Fujianese illegals that ran fatally aground in 1993—as the beginning of the end for Sister Ping. She was sentenced in 2000 to 35 years in prison for conspiracy, money laundering and trafficking. Despite an enormous cast of characters in a huge underground web of global crime, Keefe's account maintains the swift pace of a thriller. With the immigration debate still boiling, this exploration of how far people will go to achieve the American dream is a must-read.