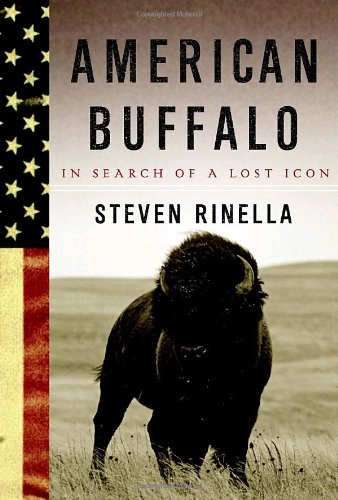 American Buffalo: In Search of a Lost Icon

In this spare, eloquent memoir, Rinella ( ) describes his fascination with the American bison, which culminated in his tracking, shooting and butchering one. Rinella was one of 24 people in 2005 to win a lottery to hunt buffalo in the foothills of Alaska's Wrangell Mountains. So Rinella set off into the wilderness to fulfill his lifelong ambition. As he pursues the buffalo herd, Rinella also explores the long relationship between humans and an animal that they drove to the edge of extinction. In his journey through the wilderness, Rinella encounters grizzlies, white water rapids and frostbite; in his trek through history he depicts fur traders, early Native Americans and epics of slaughter that left the prairies littered with buffalo bones. Rinella's understated prose shows great flexibility, and he is by turns moving and downright funny. An experienced outdoorsman and hunter, Rinella writes with authority about the process of turning a living creature into steak, and easily renders an enormous amount of historical and scientific information into a thoroughly engaging narrative.