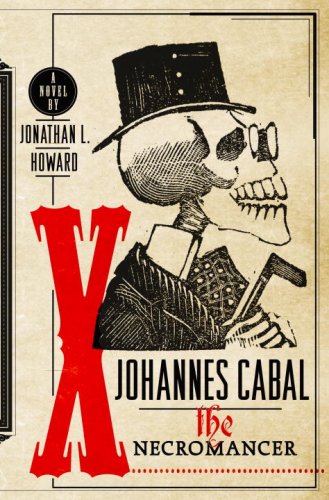 When Johannes Cabal, a haughty sorcerer, finds that the absence of a soul is an impediment to his occult studies, he strikes a bargain with Satan in British author Howard's darkly funny debut: in one year's time he'll deliver the bartered souls of 100 unfortunates so that he might repossess his own. Cabal and his vampire brother, Horst, mount a traveling carnival to scour the countryside for men and women desperate enough to consign their souls to an infernal eternity for whatever will relieve their misery of the moment. Cabal proves marginally competent but maximally amusing in his dealings with a competing necromancer, an asylum of escaped lunatics and a staff of slowly decomposing carnies conjured from the dead. Howard capably synthesizes two classic themes of macabre fiction—the pact with the devil and the dark carnival—but the book's episodic structure and unconvincing ending betray it as a freshman effort. Still, Howard's ear for witty banter and his skill at rendering black comedy bode well for the future.