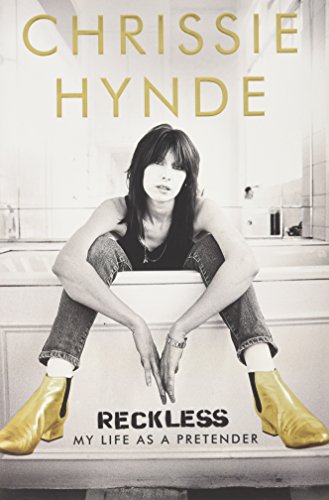 Reckless: My Life as a Pretender

For music fans, Hynde's autobiography has been a long-anticipated event. It's here at last, but unfortunately it's not quite worth the wait. The founder, guitarist, and lead singer and songwriter of the Pretenders, Hynde is rock royalty. In 1980, the band's eponymous debut album topped the charts, and Hynde's ascent from London's late-'70s punk scene to pop stardom became the stuff of legend. But the book meanders too slowly toward that legend. Hynde earnestly recalls her middle-class upbringing in Akron, Ohio, and how the alienation of suburban Midwestern life pushed her toward drugs, sex, bikers, and rock music (Iggy Pop especially). It also led to some terrible experiences (she was sexually assaulted by a biker gang while a student at Kent State, and her comments on it have drawn recent criticism in the media). Ultimately, Hynde fled for London, where she soon found herself writing reviews for the British magazine NME (New Music Express) and in the middle of a scene that included the Clash, the Sex Pistols, and Malcolm MacLaren. But her emergence in London doesn't come until almost 200 pages into the book. And, remarkably, the Pretenders don't take the stage until about 60 pages from book's end. Hynde writes briefly of the fatigue that quickly settled in--the infighting, the drugs and exhaustion, how "fissures had become cracks," and how, after just two albums, the band "just wanted it to be over." There are virtually no details about Hynde's relationship with the Kinks' Ray Davies (with whom she has a daughter) and her later life. Hynde's fans will recognize her lyrical voice in the writing, but will surely be disappointed with the lack of details about her life as a Pretender and beyond. Not unlike the original lineup of the Pretenders, Hynde’s autobiography flames out just when it gets interesting. (Sept. 8)
close
Details