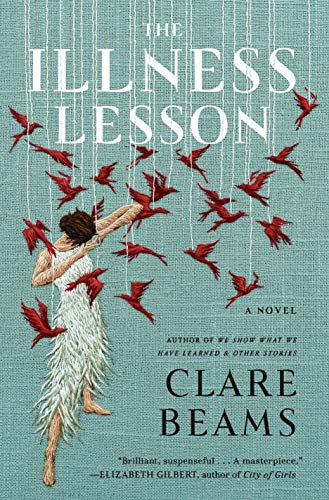 Beams’s daring debut novel (after the story collection We Show What We Have Learned) imagines a school for teenage girls in the mid-19th century Massachusetts countryside. Here, at a failed commune, sensitive Caroline lives with her idealistic, ambitious father, Samuel, and his admirer David, for whom 20-something Caroline harbors secret feelings. When Samuel starts a school dedicated to the intellectual awakening of its eight young women students, things quickly go astray. Following the lead of Eliza, the daughter of a rival of Samuel, the girls begin to exhibit a variety of physical ailments—headaches, skin irritations, and sleepwalking—as does, to her own horror, Caroline, a teacher at the school. When an unscrupulous doctor is brought in to test an experimental treatment on the girls, Caroline must decide whether to stay loyal to her father or question his authority. Though there is a fantastical thread about a flock of mysterious, aggressive, blood-red birds that doesn’t fit well with the otherwise plausible plot, Beams excels in her depiction of Caroline, an intriguingly complex character, and in her depiction of the school, which allows the reader a clear view of changing gender roles in the period, with parallels to today’s sexual abuse scandals. This powerful and resonant feminist story will move readers. [em](Feb.) [/em]