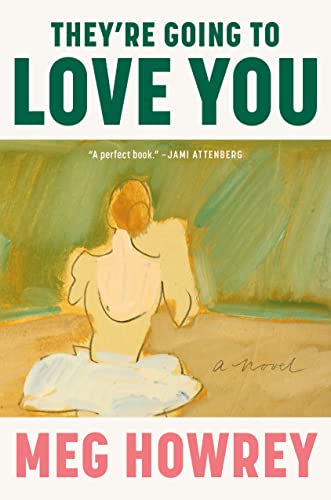 They’re Going to Love You

Howrey (The Wanderers) delivers a poignant family story of alienation, regret, and desire. Carlisle Martin, 43, a Los Angeles choreographer, has learned that her father, Robert, whom she hasn’t seen for 19 years, is dying. As the daughter of two professional ballet dancers, Carlisle was a natural talent, and was especially driven to impress the astute Robert and his effusive partner, James, a ballet teacher. Growing up, she visited Robert and James two weeks a year (from her home in Ohio with her mother), relishing in the magic of their decadent Greenwich Village home. She especially craved James’s stories and strived to be closer to the pair. As she narrates in a flashback of her life at 24: “My father, I love, and James I sort of want to be. Maybe I mean: have?” But then she did something Robert won’t forgive her for (the details of which don’t come out till much later), and went on to build a career without the help of her family. Now, she learns she might inherit Robert and James’s house, according to the terms of her grandfather’s trust, causing a painful flood of memories and tension with the couple, whom she assumes want her to give the house to James. The fraught scenes provoke staggering bursts of emotion, such as a flashback to Carlisle at 12 returning from New York to Ohio and realizing she doesn’t feel like she belongs with her mother’s new family. Howrey expertly builds tension, leading the reader to feel alongside Carlisle both the draw of ballet and her anxiety about her reunion with her father. It’s a breathtaking performance. Agent: Emma Parry, Janklow & Nesbit Assoc. (Nov.)
close
Details