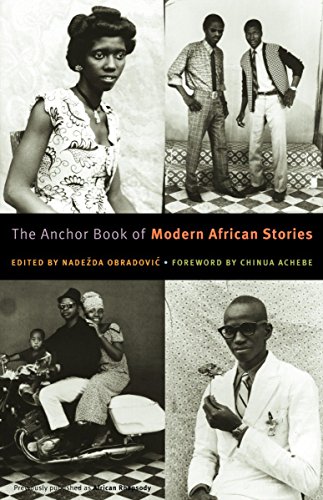 This revised edition of a valuable anthology includes nine new selections by some of Africa's finest young and established writers, offering a fresh examination of the contradictions of colonialism, family conflicts, tribalism, gender issues and the ravages of a rapidly spreading AIDS epidemic. Obradovic, a critic and scholar of African literature, imaginatively ranges the 34 entries by plot, moving from tales of childhood to stories of death and destruction; Chinua Achebe contributes an instructive foreword. In Sudanese writer Tayeb Salih's "A Handful of Dates," a village boy learns to doubt his beloved grandfather's beneficence when the old man mercilessly calls in a debt. "The Advance" by Congolese Henri Lopès is a solemn tale of a maid who loses a beloved son when her insensitive white mistress refuses to grant her an advance to buy him medicine. In "The Brother" by Zimbabwean Charles Mongoshi, a boy comes to stay with his brother, Magufu, in the city, and is stunned by Magufu's dissipation. A wife, one of four married to an arrogant man, waits patiently for time with her husband in "Her Three Days" only to suffer upon her husband's late arrival in Senegalese Sembène Ousmane's stinging attack on polygamy. Egyptian writer Leila Aboulela reflects on culture shock in "The Museum," the artful story of an Egyptian woman studying statistics in England who focuses her resentments and fears on a smitten fellow student. Outstanding in scope, intensity and artistry, these exceptional stories offer a powerful introduction to the pleasures of African literature.