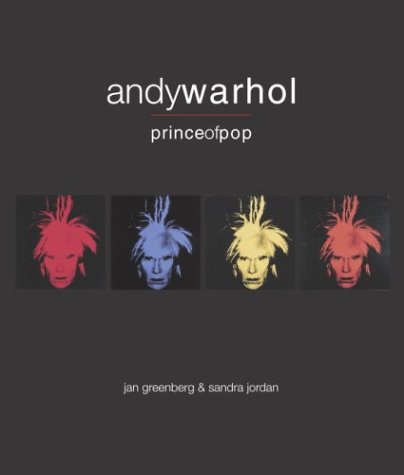 Biographers Greenberg and Jordan (who teamed up for and ) give a personable account of "the wiggy artist from Pittsburgh." In this generous book, which makes the artist's eccentricities seem more delightful than misanthropic, Warhol comes off as a social misfit to whom people gravitate. "[T]he secret of Andy's success was his own self-effacement," says his assistant, Gerard Malanga. Warhol's naïveté—initially genuine, then calculated—impresses others during his indulged childhood, at art school and in his early design career. His offbeat manner captivates impresarios and opportunistic "Superstars" who flock to his work space, the Factory. Greenberg and Jordan don't tiptoe around his homosexuality, naming his lovers and also a crush on Truman Capote, who called him a "born loser." They depict his notorious Pop choices as serendipity; he seems to stumble into fortune and fame. When a boyfriend suggests that Andy buy a hairpiece, he starts wearing wigs. Stuck for ideas, he asks for advice, and a consultant changes history by saying, "You like money. You should paint that." Recollections from associates balance nicely with art reviews and descriptions of his painting, printmaking and filmmaking, although the photos and art reproductions, clustered at the end of the book, could be better placed to illustrate the text. Warhol cultivates a shallow persona and superficial art (with its "flat, thick lines, gaudy color, a machine-induced image"), but this enthusiastic bio revels in his kooky mysteriousness and renders him a role model for determined nonconformists. It makes a vibrant companion to James Warhola's picture-book memoir, . Ages 12-up.