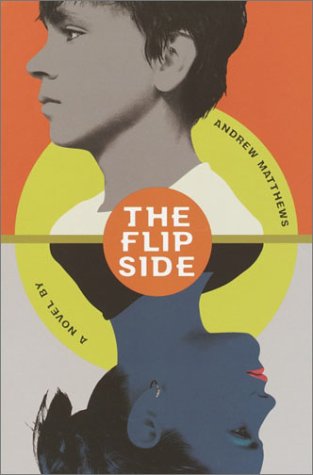 Robert Hunt, the 15-year-old narrator of Matthews's () look at British teens coming to grips with gender roles, could have stepped out of a Nick Hornby novel, with his clever observations addressed directly to readers. Rob confesses he's "sorted now, but I lost it for awhile and I want to understand why." He tells readers about his time as a self-styled "Kurt Cobain, retro-grunge" type—until he discovers he enjoys wearing women's clothes and makeup while performing in his English class's gender-bending look at Shakespeare's , playing Rosalind to classmate Milena's Orlando. Milena's unexpected support of Rob's fondness for dress-up in drag brings the two closer together. "We're sisters under the skin, Rob," says Milena. "Or is that brothers?" But the relationship founders when the two, after attending a cross-dressing party, exchange a kiss and are discovered by Rob's father; the incident churns up uneasy feelings about the nature of their attraction. Matthews lays bare the ambiguities that often accompany budding sexuality, and handles well a subplot involving Rob's best friend, Kev, coming out to him. The author makes clear that everyone needs to, as Rob says, find his or her "own style." While American teens may not be as appreciative of the British tradition of gender-bending (from Shakespeare to David Bowie), the uplifting message translates across the Atlantic. Ages 12-up.